A Weekend in SoCal

Things have been hectic since Vegas and I kept up the pace by making a getaway to L.A. last weekend. Since I was flying down to go pick up the 240SX, I decided to extend the stay for the weekend and have a mini vacation.

I landed midday on Friday and was picked up by the seller at LAX. We shortly arrived at his house where I got my first, in-person look at the car. Its presentation and condition was as expected – an overall clean 240SX with a few minor rough edges that can be cleaned up in time. I think it is important to understand the differences in standards when it comes to these cars, especially the S13s… the vast majority of them, due to their price and prolific adoption with the tuner crowd, are in states of haggardness and deterioration. Finding an example that is generally tidy, well-sorted, and with a low owner count (it is not uncommon for these cars to go through 10+ owners) is truly difficult. 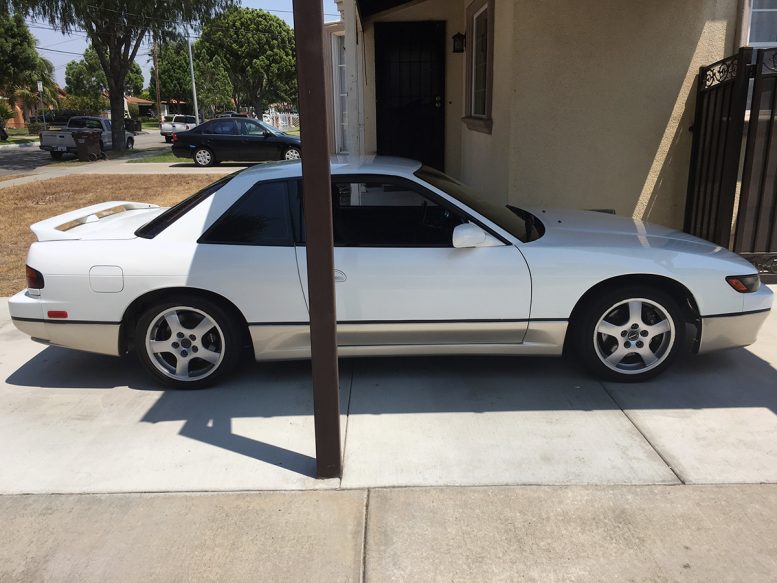 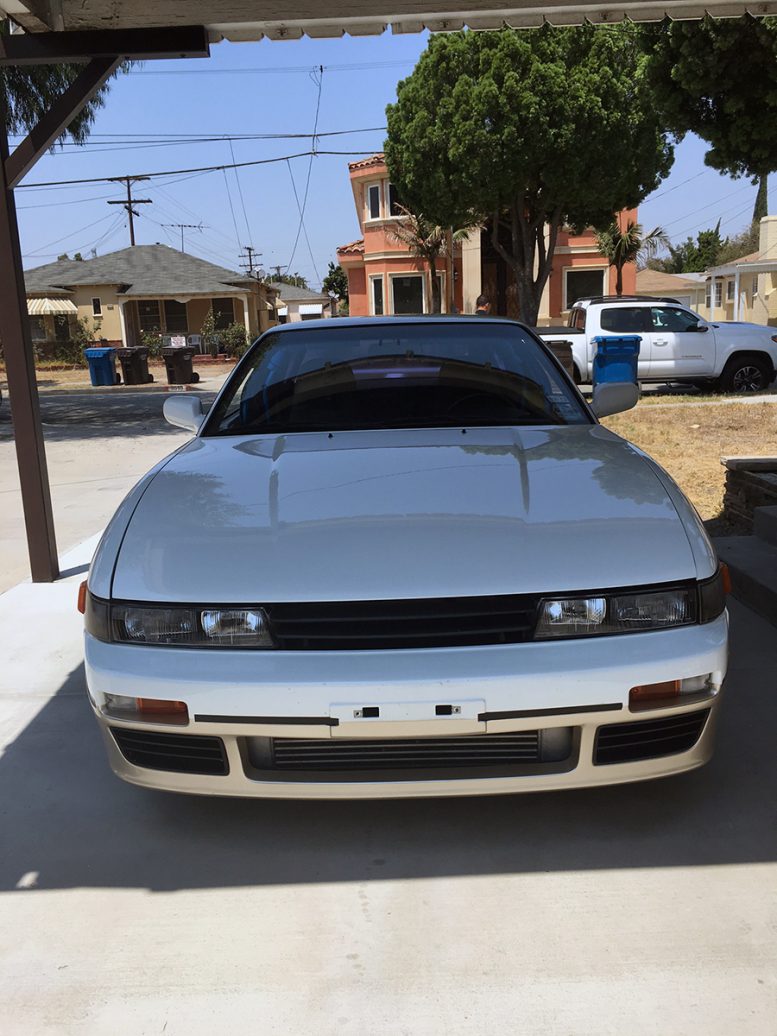 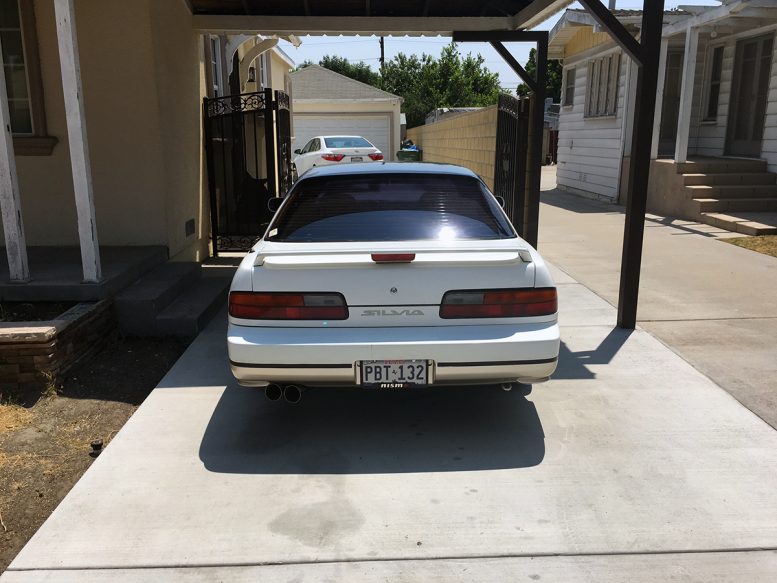 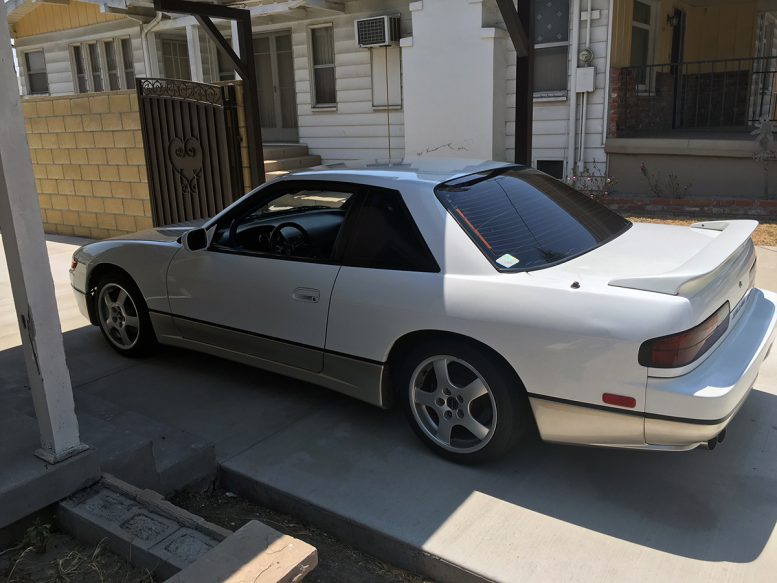 While on paper this car was close to being turnkey, is it ever realistic to expect a pre-modded car to need nothing? Tastes and directions vary. I’ve already spotted numerous areas where I did not approve of the previous owner’s judgment and execution, so I will be changing those weak points accordingly, in addition to general minuses:

Nitpicking and projecting aside, this coupe should serve as a great jumping off point with much of the hard work already complete.

Once all of the paperwork was finished and I had the keys in my hand, I took my first drive in the car straight to a local muffler shop called Mike’s Performance Exhaust & Radiators, a few miles down the road. I actually looked up and called this shop the day prior to plan it out. 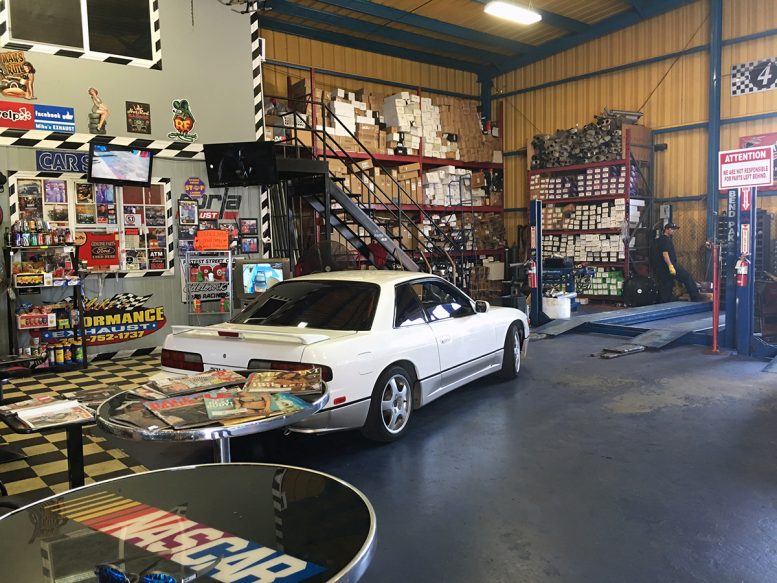 The D-Max exhaust’s fitment needed to be modified. The tips were too recessed and also sat high and touched the bumper. I told the shop to extend the pipe further and redo the hangers accordingly to make the exhaust sit level and flush with the bumper.

Once I handed the car off to them, I walked outside and down the block to find some food. I ended up at Jack in the Box because I had no idea where I was and the only other nearby choices included a hole-in-the-wall taqueria and a questionable China Express place. 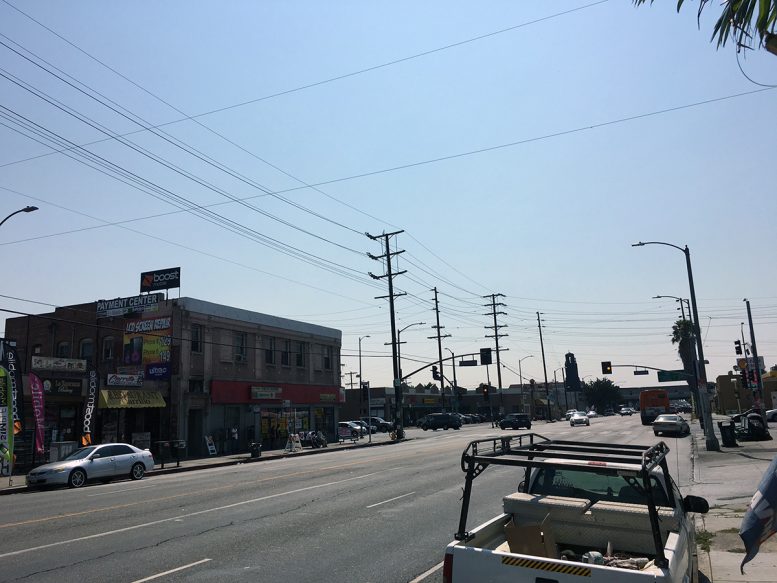 By the time I finished my chicken burger and walked back, the exhaust work was already done! I was amazed at how quick and effective they were. The whole job only cost $60, too. Can’t beat that.

Here you can see the section of stainless piping they welded on to extend the tips outward. It was far too sunken in originally. 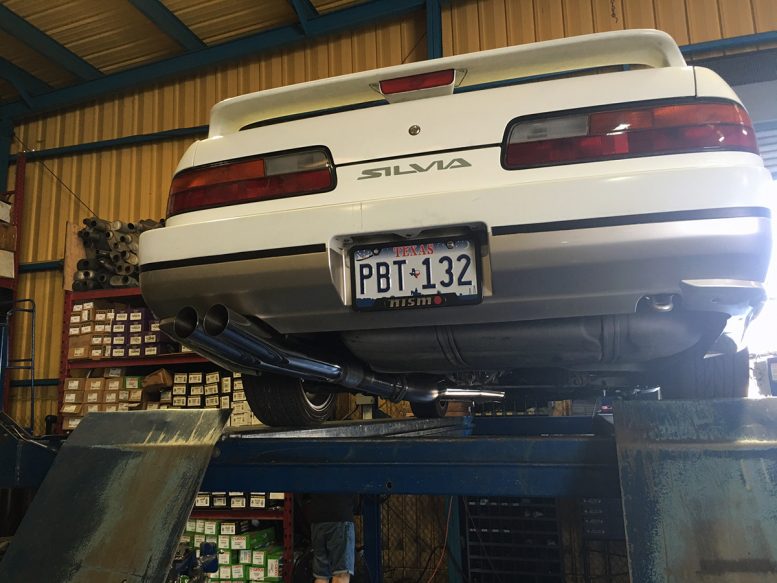 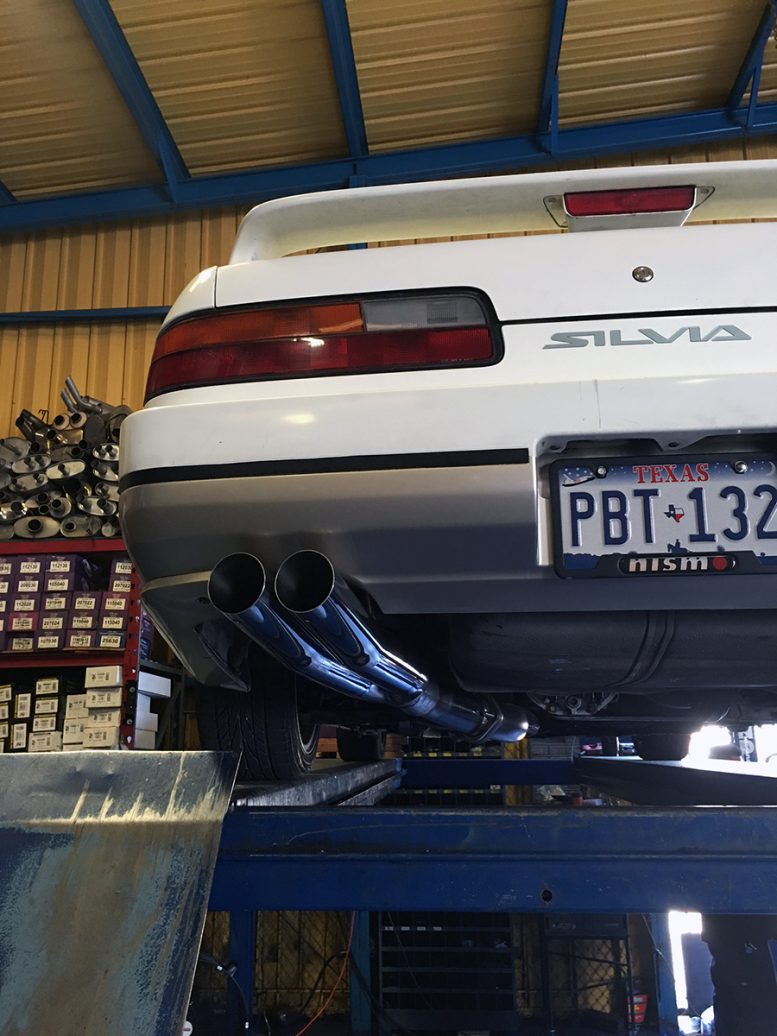 Flush, level, and with the correct amount of gap. 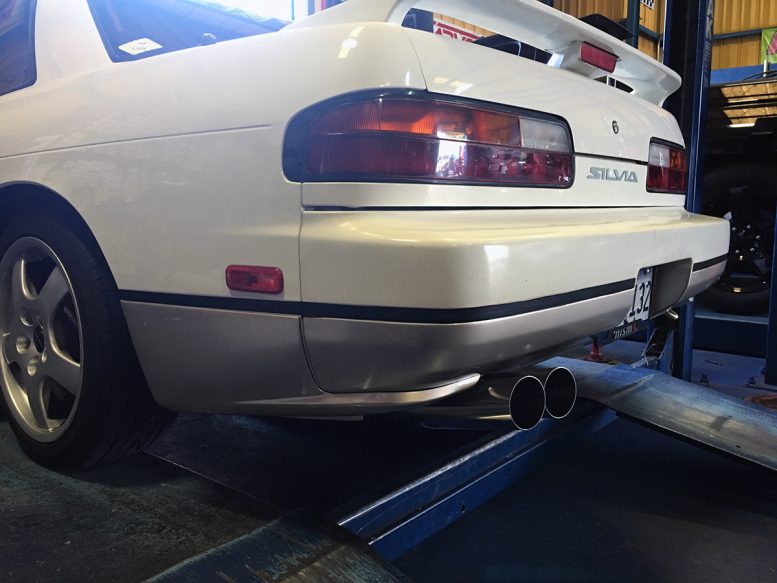 Next, I hopped in and drove over to Long Beach to meet up with a buddy that lived there. 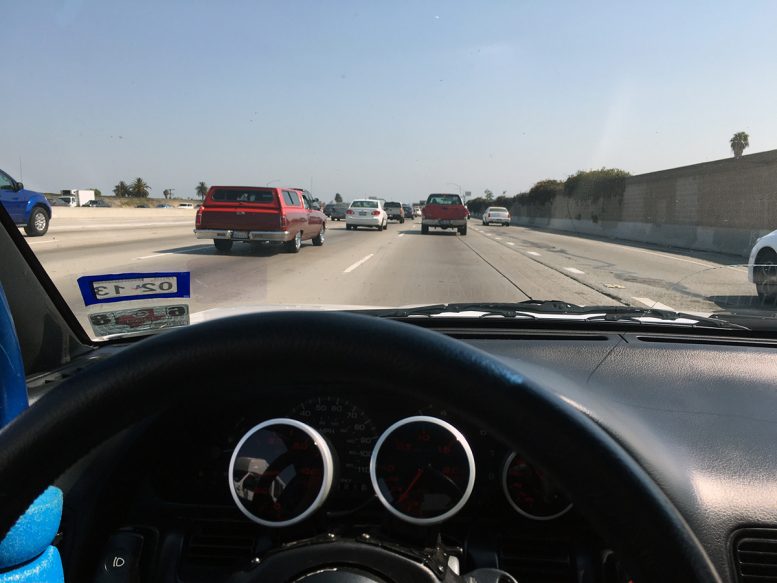 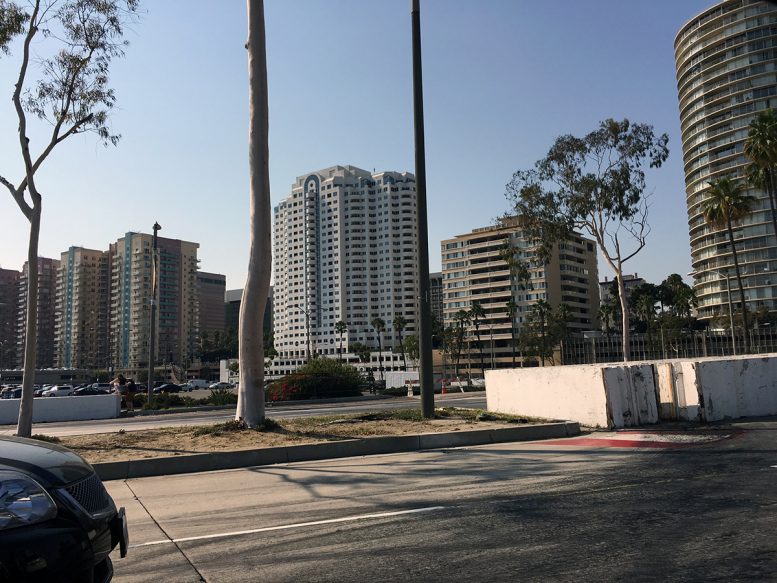 It has been a couple of years since I last sat behind the wheel of small displacement, turbo car, and I was really vibing with the SR20 during this drive. It was oddly nostalgic to hear the the turbo noises again.

After Long Beach, I drove into Orange County where I stayed at another friend’s place in Irvine for the remainder of the weekend. This is where the car stayed parked until it was time to go home. As usual, I spent most of my time exploring the area and fulfilling my ravenous eating habits.

The highlight of the trip was mobbing around in this Lotus Exige and cruising down PCH into Huntington Beach with the F430 Scuderia. 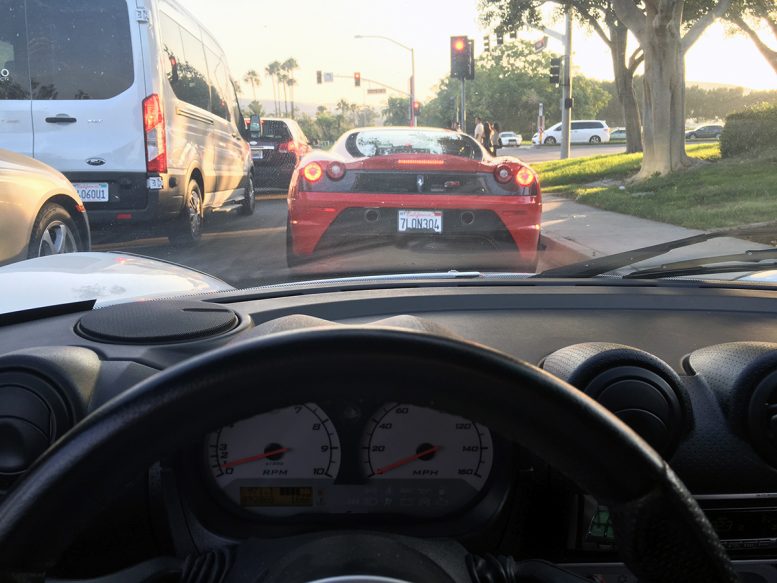 I came across the Sung Kang FuguZ again, even though I saw it a week ago during Wekfest. The hype around this car is excessive and almost unwarranted, in my honest opinion. It’s a nice, clean build but nothing extraordinary or groundbreaking for how much spotlight and attention it receives. Which is a LOT. I couldn’t even get a good look at the car without being in the way of some photographer trying to catalog it. 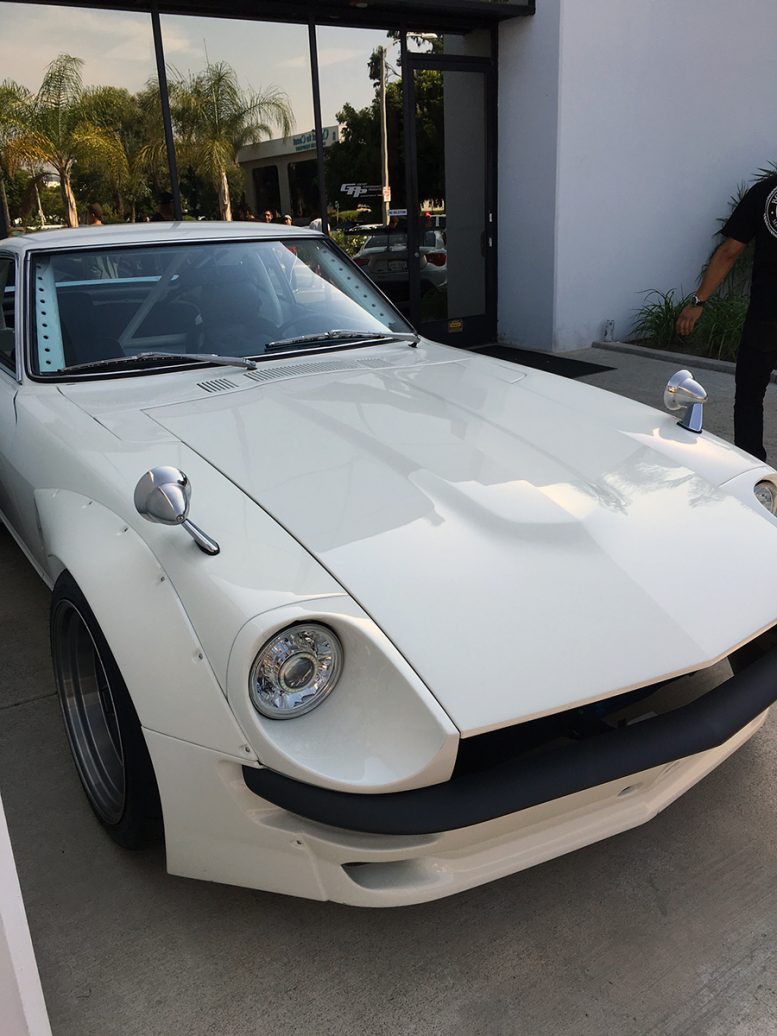 Once the weekend was over, I embarked on the grueling 600 miles trip up north. The worst part was getting out of LA, past Glendale, and being stuck in the traffic. Due to the fact that I bought the car without wheels, the seller threw on a random set of 16″ Borbets with undersized tires. This severely limited my cruising speed so I had to chug along at a snail pace of 65-70mph for the entire drive.

While in the Central Valley around the midway point, I decided to take a small detour and go into Bakersfield and grab a tri tip sandwich from the Firestone’s there. The entire central area of California is so dead feeling and smoggy due to all the agriculture… 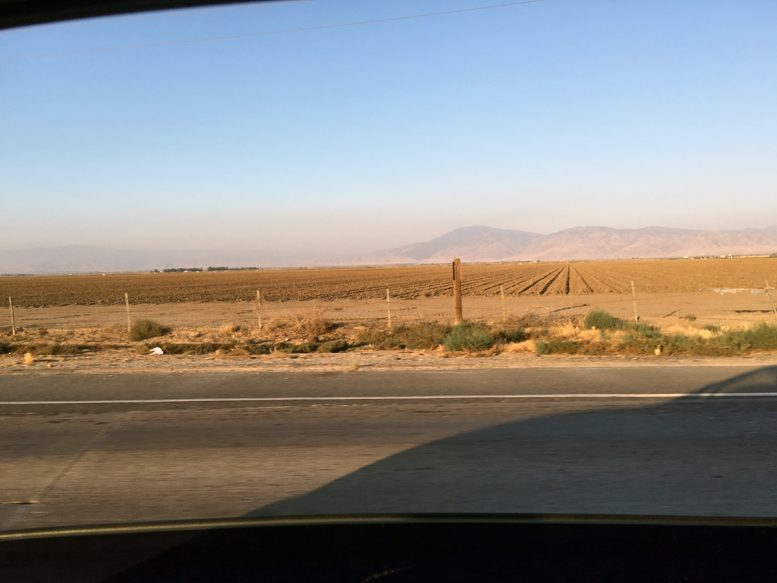 Bakersfield in particular felt extremely stale and debilitating. The whole place was like an oven with locked-in heat and brown haze everywhere. Maybe it’s because I just experienced the amenities and upbeat nature of Orange Country, but I could never call a place like Bakersfield home. I grabbed the sandwich and got moving. 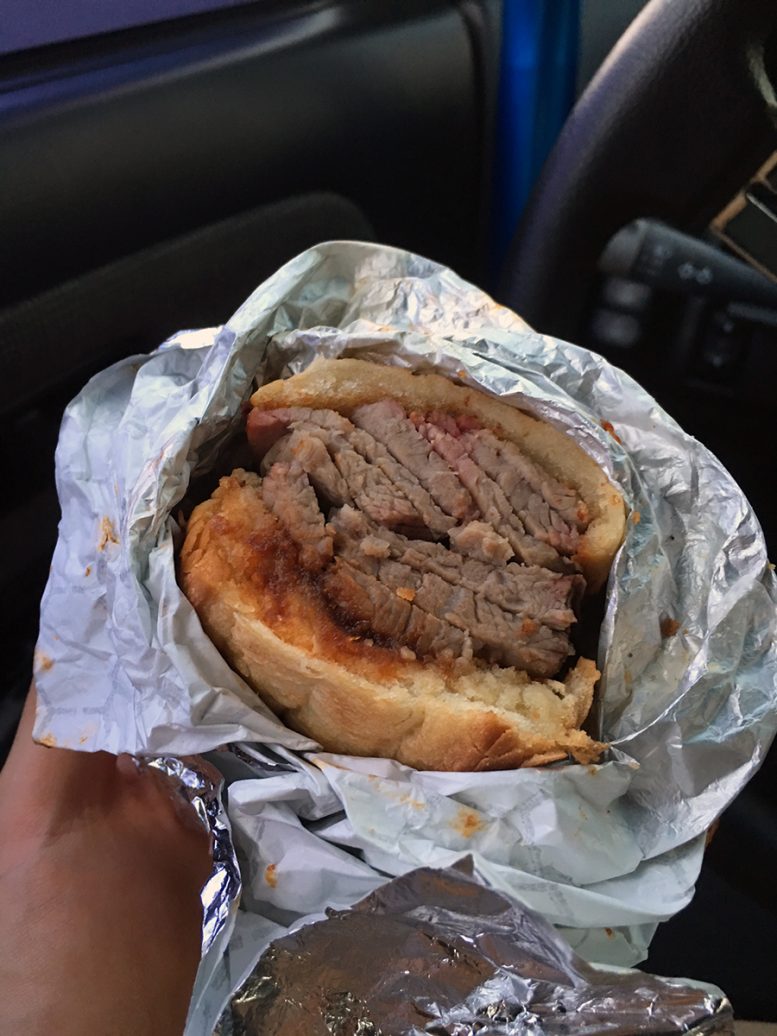 Just before midnight, I arrived back in San Jose. I’m never a fan of long drives and this car admittedly isn’t too pleasant for distance driving, but it carried me home without issue.

2 thoughts on “A Weekend in SoCal”