This took place a couple weekends ago and I wanted to compile the post sooner, but I’ve been a little preoccupied. Namely, I’ve chosen to spend the one hour block of free time I usually have during the day to sit in front of my otherwise neglected TV. I rarely indulge in shows except for a select few, but I most recently got hooked onto Narcos on Netflix. Now with both of its seasons watched and out of the way, I can come back to this.

To put it simply, the front wheel well and fender area of the 240SX is absolutely atrocious. It is quite obvious that Nissan designed this car to singularly remain at a factory high ride height, which translates to a LOT of work ahead for owners with intentions of lowering their cars. Unlike the RX-7, where the front wheel wells are already tidy and well clearanced by Mazda, the 240SX has wiring harnesses running through both wheel wells right on top of the tire AND a pinch weld/spine jutting down like a knife edge.

I picked my battles with this job and Justin was kindly enough to step in and accept the work. He has already gone through this before with his own 240SX’s, so having the relevant experience was a plus. The evening before, I dropped off the S13 to him. 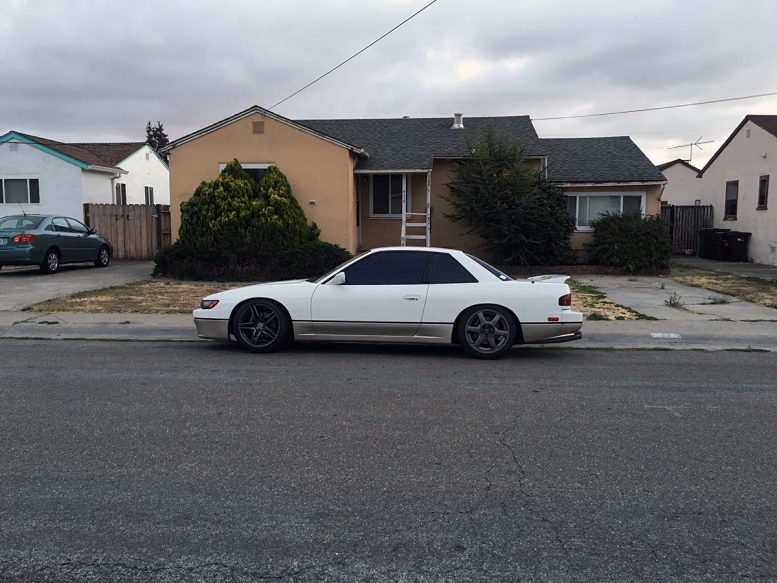 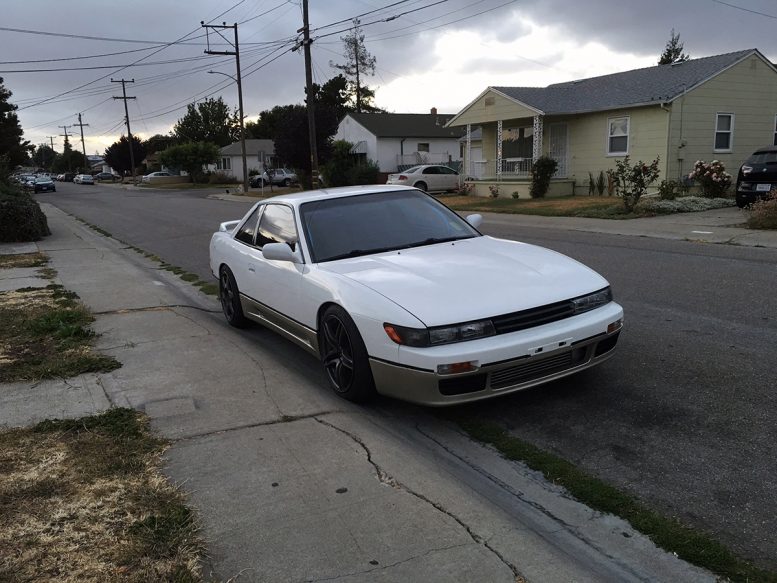 The next morning, Justin got started. With the front wheels removed, rubbing in the wheel wells themselves could already be seen. Leading up to this, I drove in a subdued manner because I could hear rubbing when taking corners hard… but I didn’t know it was this bad. And this is at the front of the wheel wells and not even taking into consideration the wiring harness or spines. 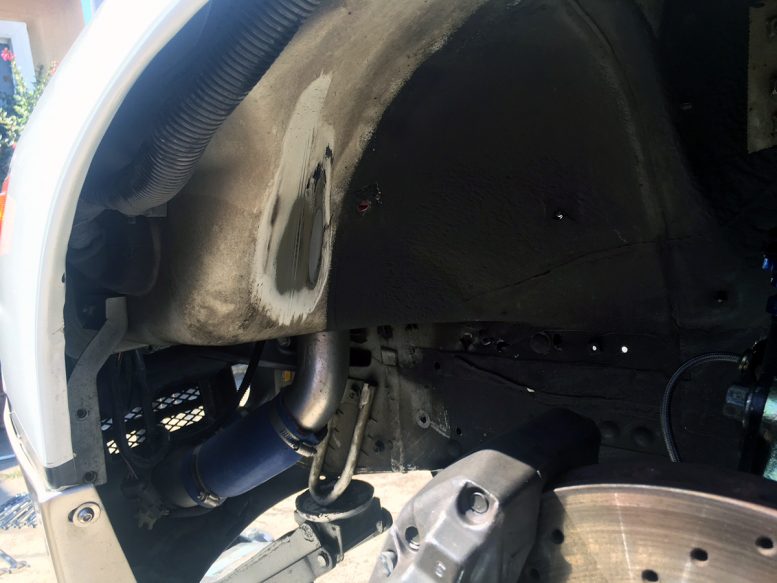 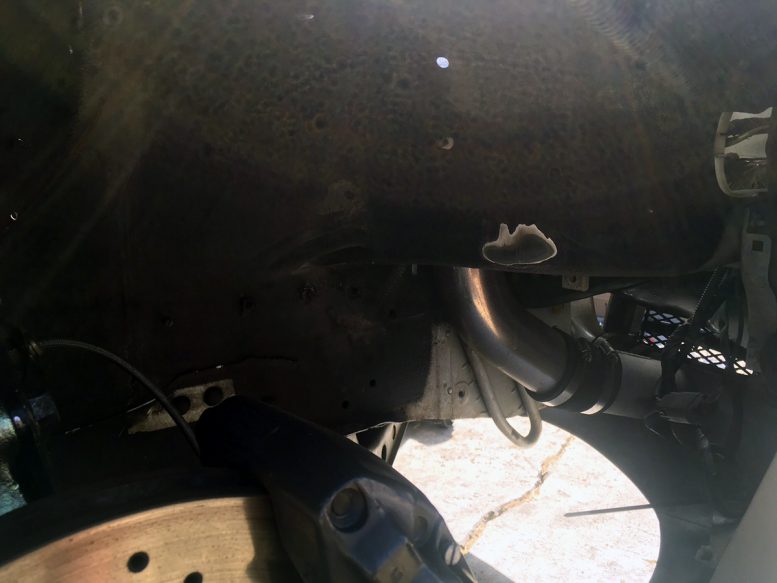 These areas were persuaded into giving more room with a BFH. Any sign of alteration was masked by reapplying undercoating. 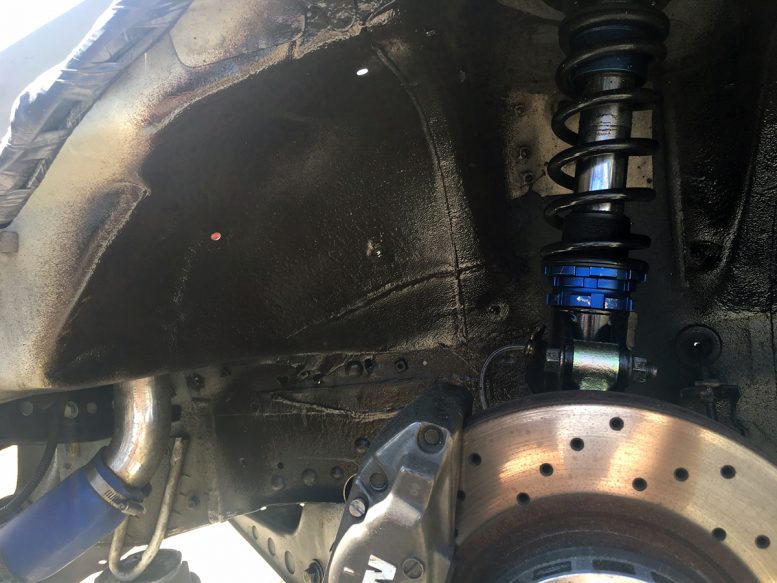 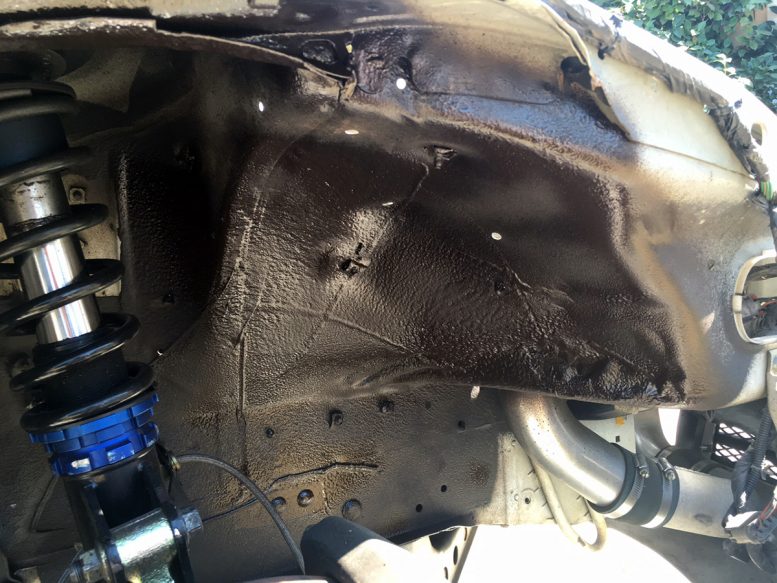 Circled in red are the spines that sorely needed to be moved out of the way, lest they shred the tires into pieces on hard bumps. The rearmost spine was likely not a major culprit, but we took care of it anyway. 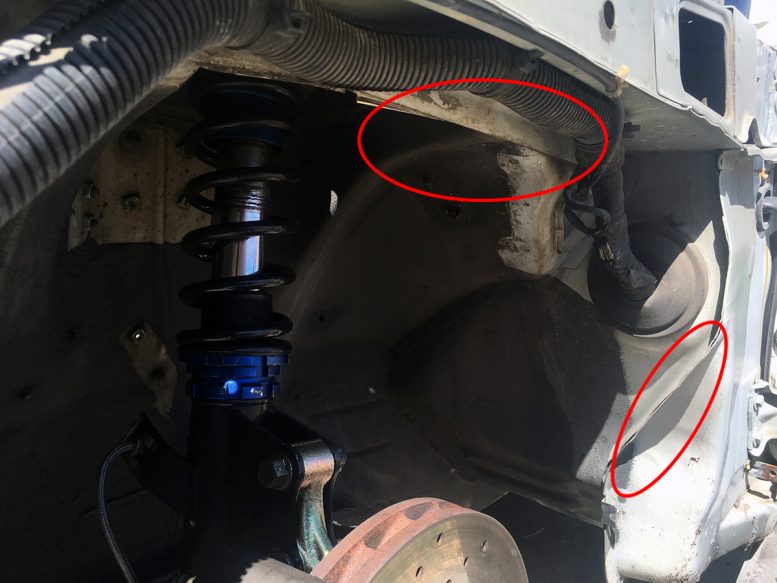 People employ various methods, from shaving off the pinch welds completely to cutting them into sections and then bending up. The best approach seemed to be to hammer and bend them flat, intact. 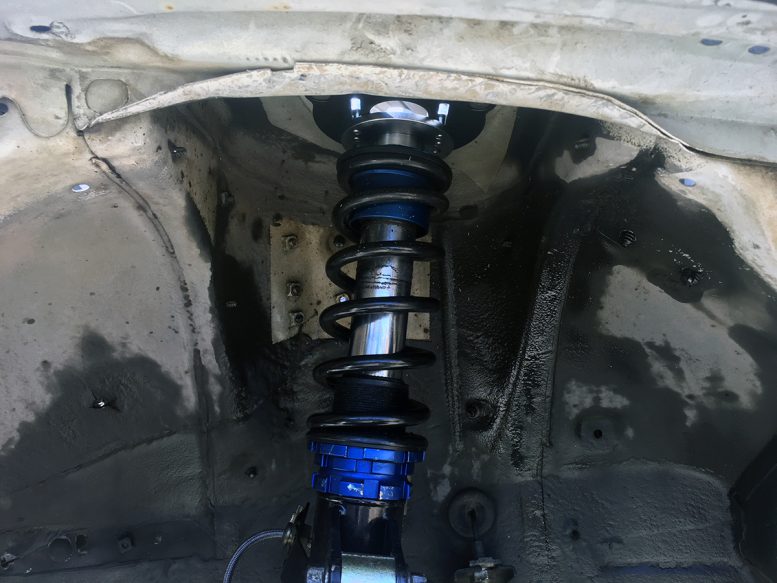 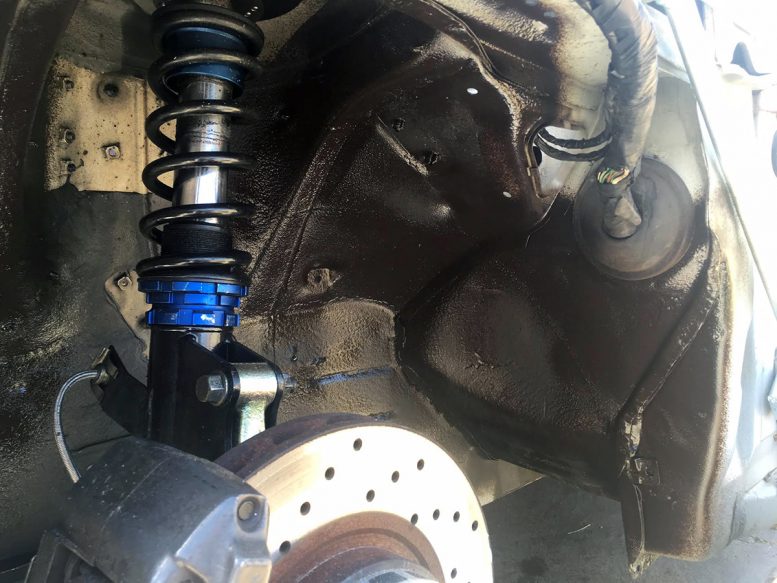 With the front fender removed, the wiring harness that runs across can be seen – dangling precariously above where the tire would be and the top of the wheel well. 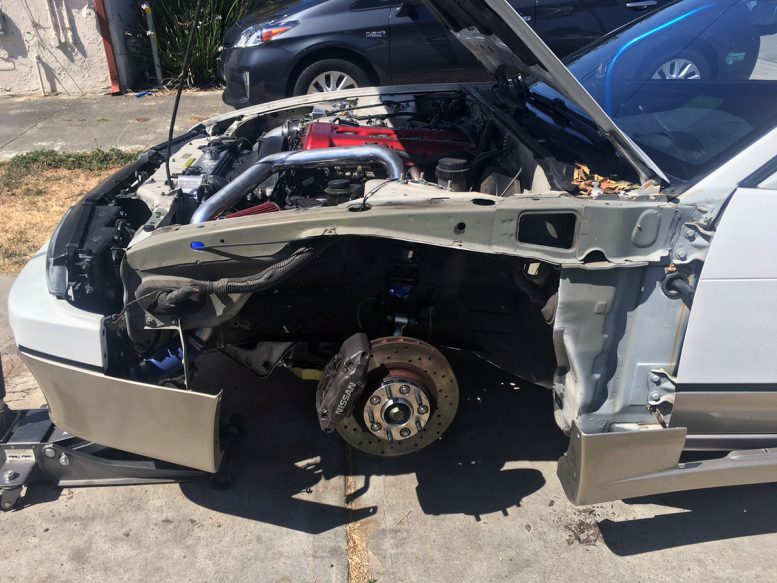 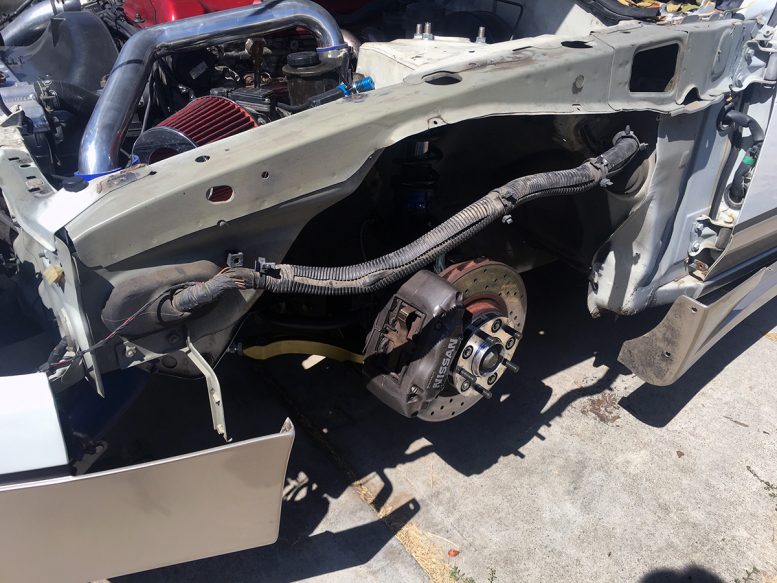 The objective was to stretch the harness over the lip above and ziptie into position. 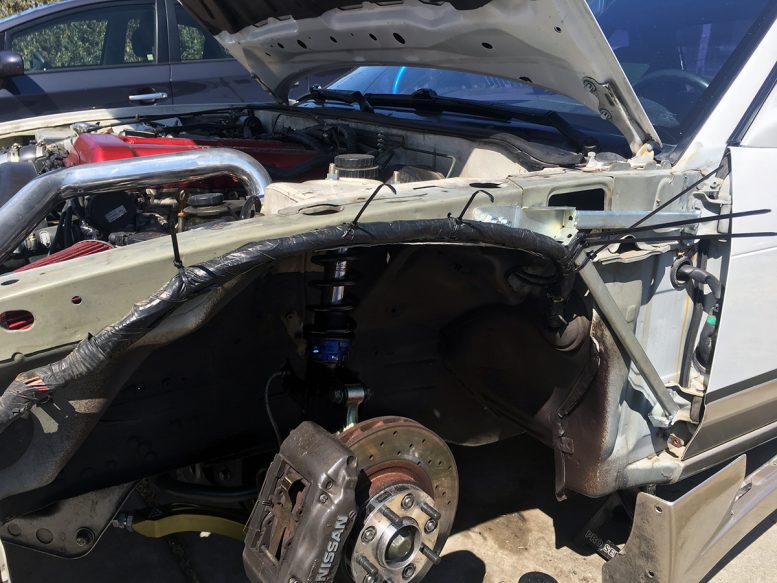 At the same time, Justin also installed the Nagisa Fender Brace that I provided. Another notable difference with the RX-7 is in the S13’s chassis rigidity. When working on the latter previously, I noticed that if I jack up one corner, the doors would be tweaked from the flex and become harder to close. Whereas with the RX-7, the entire chassis stays solid to the point where the opposing corner will start to lift off the ground as well. This is why it was recommended to me to triangulate and reinforce the front fenders with braces. 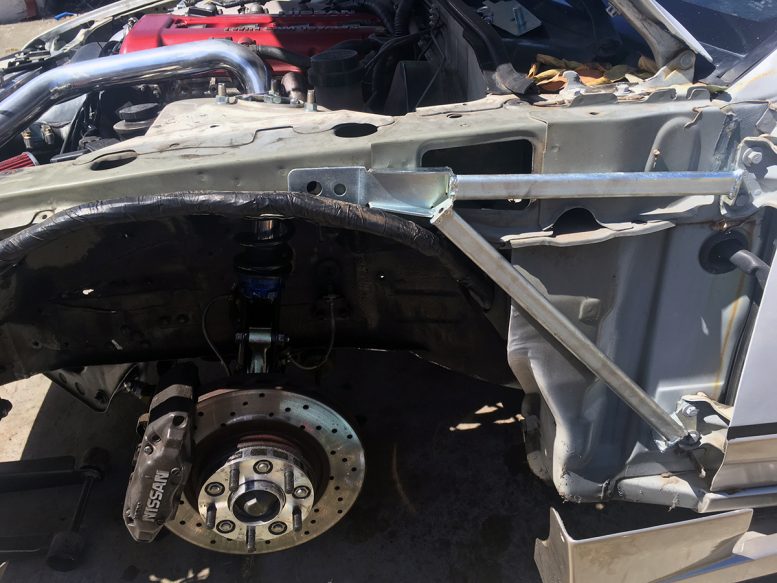 Once the driver side was all sorted – rinse and repeat on the passenger side. 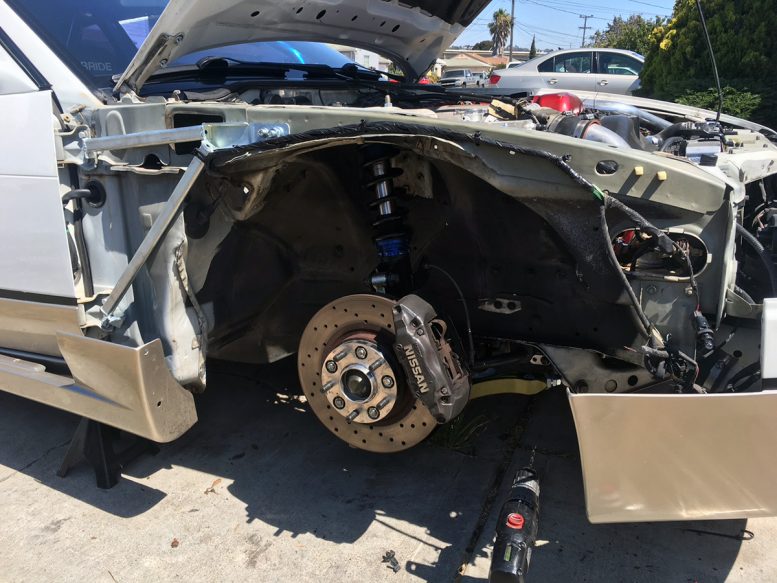 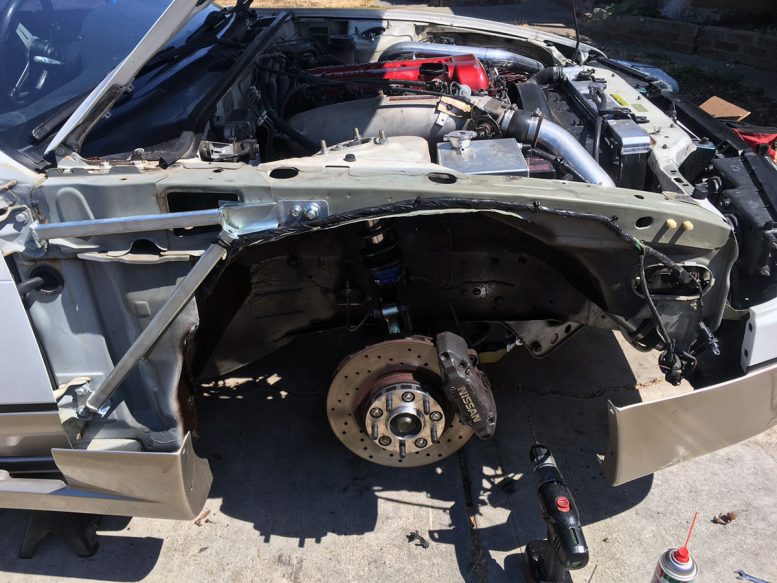 Finally, the fenders needed to be reinstalled and aligned. 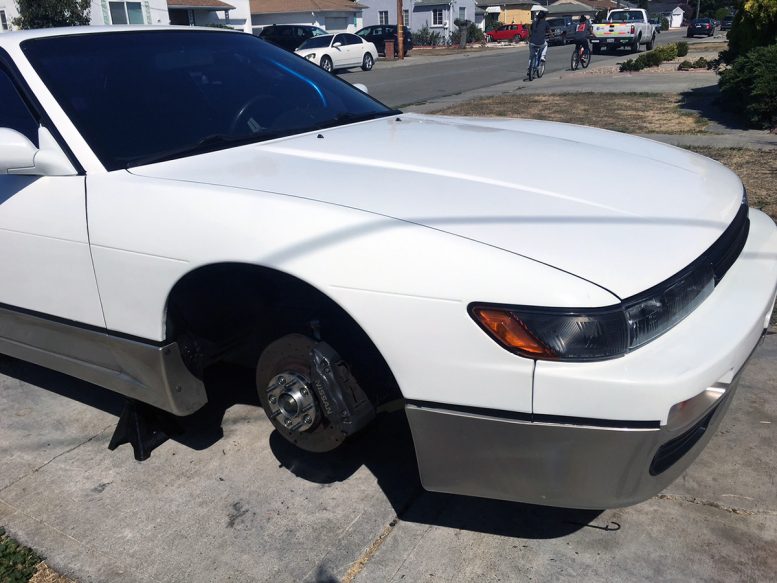 MAJOR thanks to Justin for taking care of this for me. This job was undoubtedly a laborious feat and unromantic in its handling. The results are not glamorous, they are essentially invisible and unapparent, but as is the case… the subtle doings are usually the most important and most difficult, while amassing the least attention.

So yes, even though bystanders cannot visibly correlate the effort put into the front fenders and wheel wells, the functionality gained is far more worthwhile. The car no longer rubs on hard turns and is liberated from the dangers of cutting through the wiring harness or cutting chunks of rubber off the tires. In addition to getting all 4 fenders rolled flat, I’m a bit weary at all of the work required to properly run a lowered ride height with this car… at least that is all behind us now.

One thought on “Wheel Well Work and Fender Brace Install”