The mismatched hood and sideskirts definitely were not going to fly. Granted, my goal with this car is not to attain perfectionist, show-level status like I tried with my RX-7, but it does not change the fact that it is still a clean example of a 240sx. No matter what, there is a standard and no half-baked goods can be allowed to pass.

I was able to leverage the seller’s willingness to help as part of the deal to get a head start on this project. I asked him to help me facilitate the paint work on my behalf and sent him the necessary funds to do so. This greatly reduced the downtime versus if I were to do it after picking up the car. He brought the car to a local body shop owned and operated by a fellow 240sx enthusiast, who’s familiarity with these cars was welcomed. 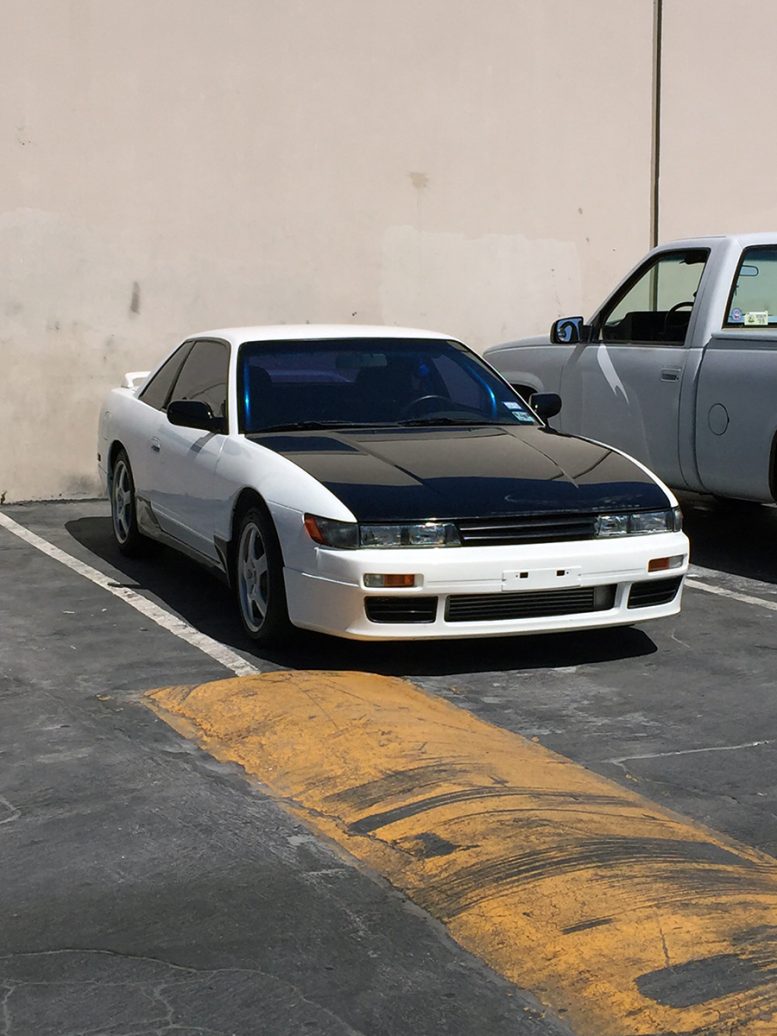 In addition to paint matching the hood and sideskirts, I also requested to have the side mirrors done. Evidently, these side mirrors come in black from the factory, but I think they look far better in white. The next decision was to proceed in two-toning the car. Two tone Silvias are one of my favorite designs, especially with the Aero front bumper. With the car already being white, I wanted to stay true to the original scheme and go with the Ivory White (KG5)/Champagne Pearl (656) combo, which is usually less prevalent. 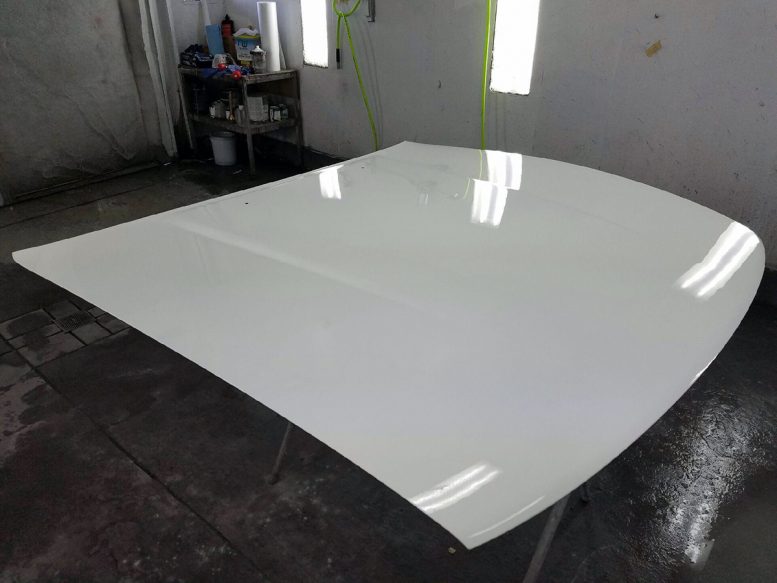 Juxtaposing the two tone colors with the sideskirts painted off the car: 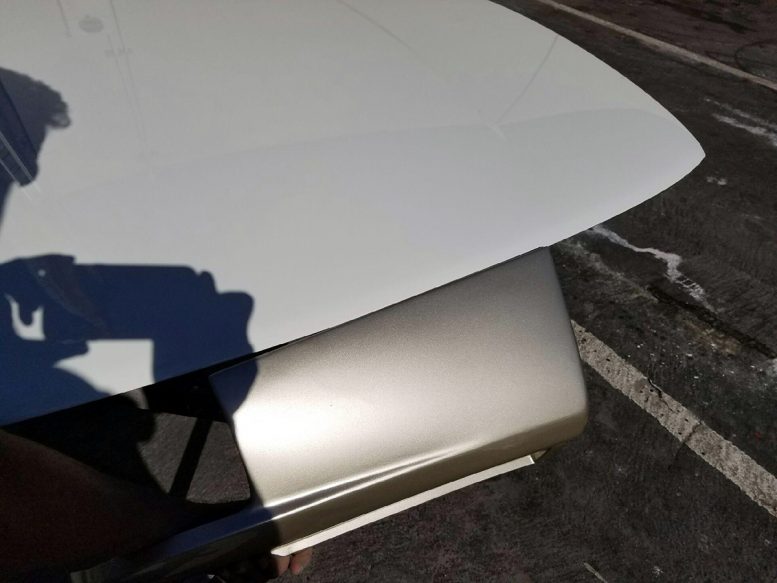 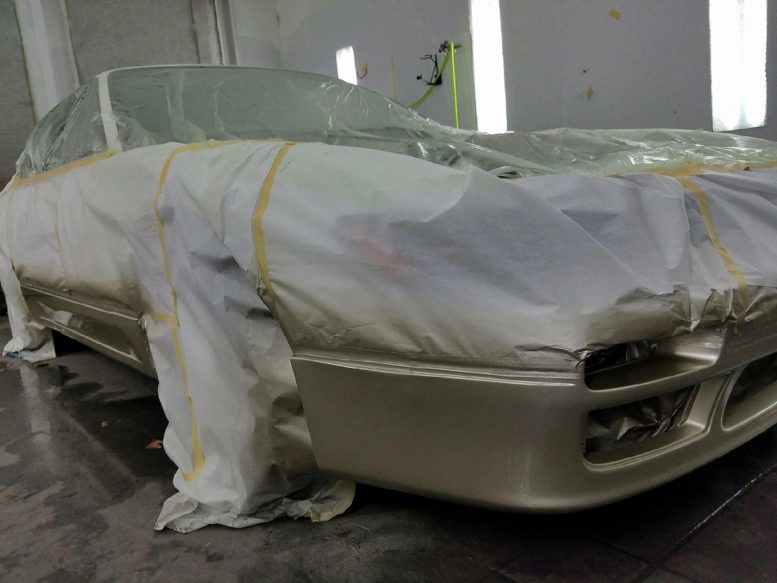 Paint work complete and bringing back the 90’s in full effect! The trim line that circumvents the car was filled in with black. 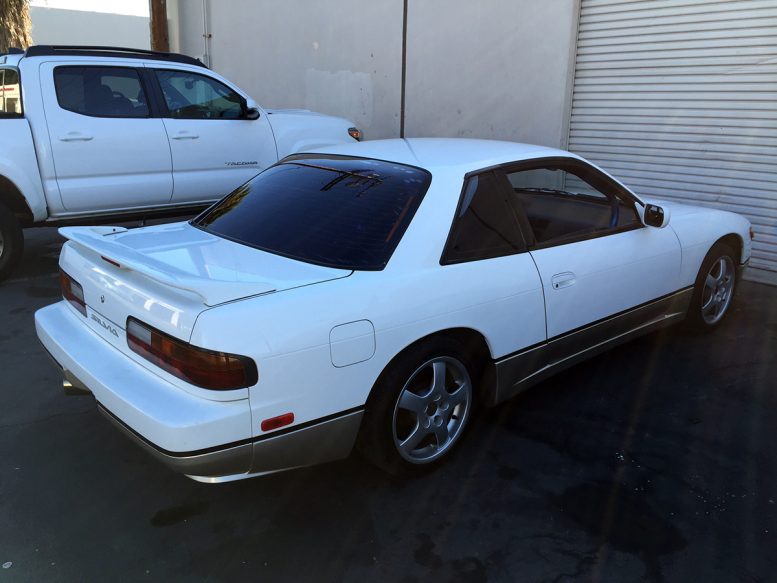 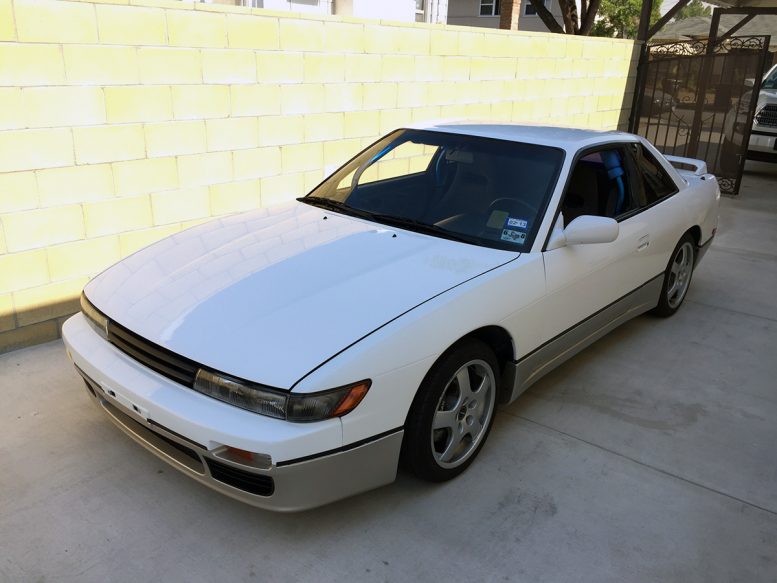 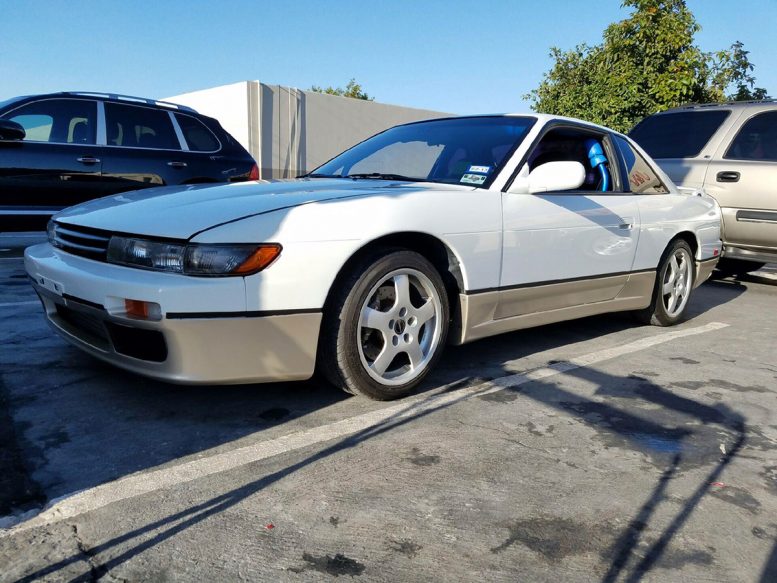 The shop tackled the job efficiently and quickly. It’s great being able to make progress on the car while being remote, although risky doing all of this without having ever seen the car yet. The biggest motivator in the two tone decision was the wheels and their colorway. I’m hoping everything will come together once the wheels are on the car.