The stark truth is, I’m now old and no longer ride bicycles for commuting or leisure like I heavily did back in my college days. Too busy, and too lazy. I focus on my cardio and workouts by regularly going to the gym, so the need to get sweaty and grind my gooch away on a bicycle is greatly reduced.

As alluded to in my previous post, I have a high-energy dog that happens to excel naturally at following my lead. Couple that with a huge regional park with miles and miles of open trails at my disposal, and you can see what I’m trying to synthesize out of this.

In addition to losing the desire to exert effort into pedaling, I’m far less liberated these days and gained a heightened sense of self preservation, so downhill mountain biking is now out of the question.

To fully capitalize on how much of a pansy I’ve become, I turned my attention towards Electric Bicycles, which as a whole is a hot commodity and growing in popularity at a rapid pace. The technology is still new, so there is obviously significant markup. I didn’t want to buy a $6000 E-Bike from a major manufacturer, that would most likely be underpowered due to regulated restrictions on power.

I’m also too lazy to go the DIY route and piece together my own E-Bike. So I gave my boy Kenji at Area Cycles a quick call, and sure enough, he was able to hook me up with just what I needed: A new Felt DD30 Fat Tire Bike that would be dropped off to an E-Bike specialty shop, Empowered Cycles, for a 1000W Bafang BBSHD mid-drive retrofit.

Pictured with my daily driver Chevrolet Volt. I’ve unknowingly turned into some kind of Electric Hippie, yet you could have heard me spouting off criticisms of their “neutering” just a few months ago. The fact that both the bike and car are blue was inadvertent as well. I swear. The DD30 only comes in Blue. 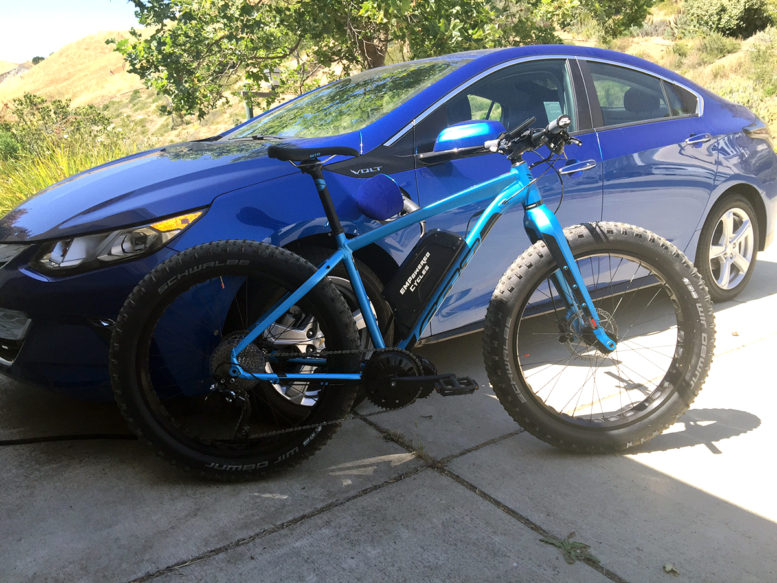 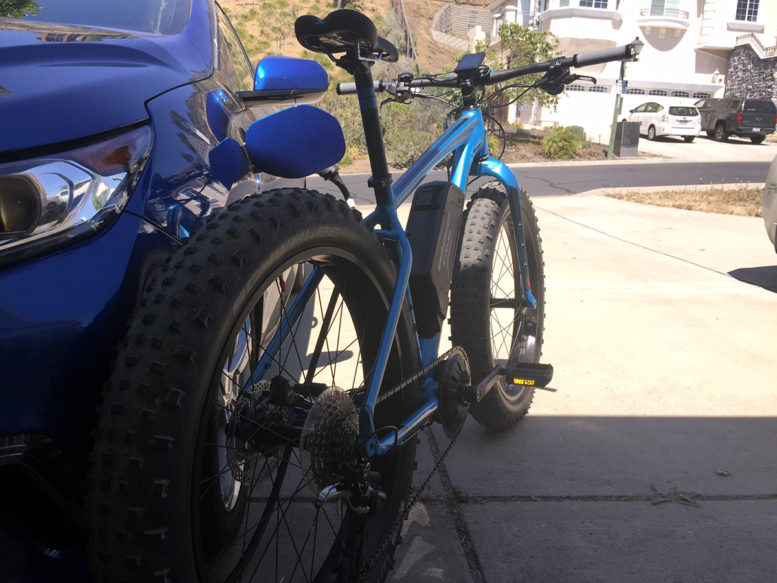 The large 52V Panasonic battery is housed inside here. Charges easily and is removable. 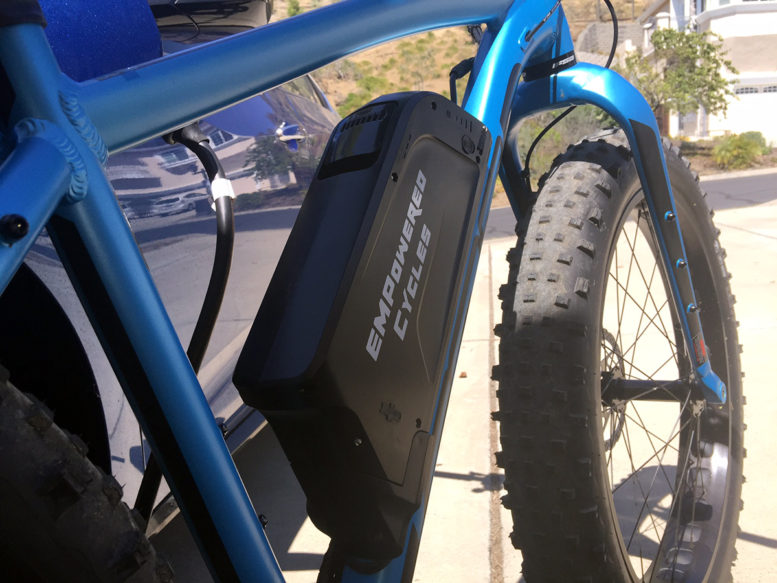 A look at the Bafang mid-drive motor: 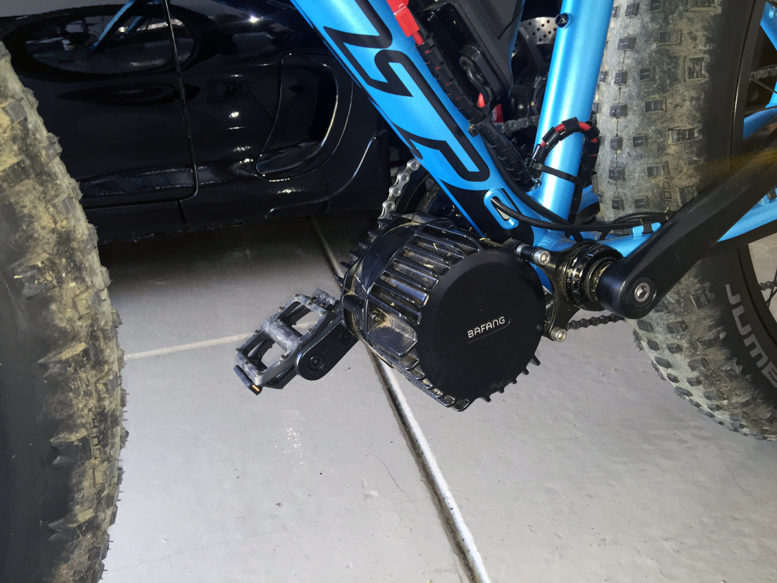 Plenty of sensors all around to compute braking and pedal assistance. 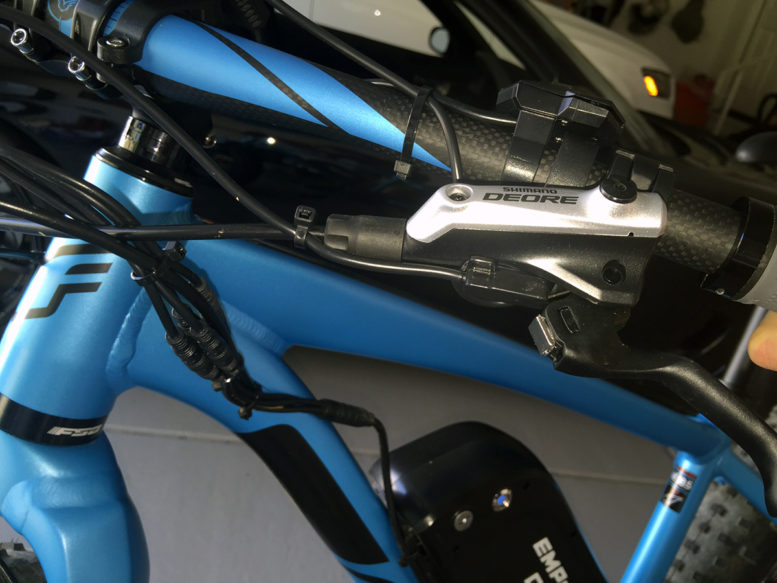 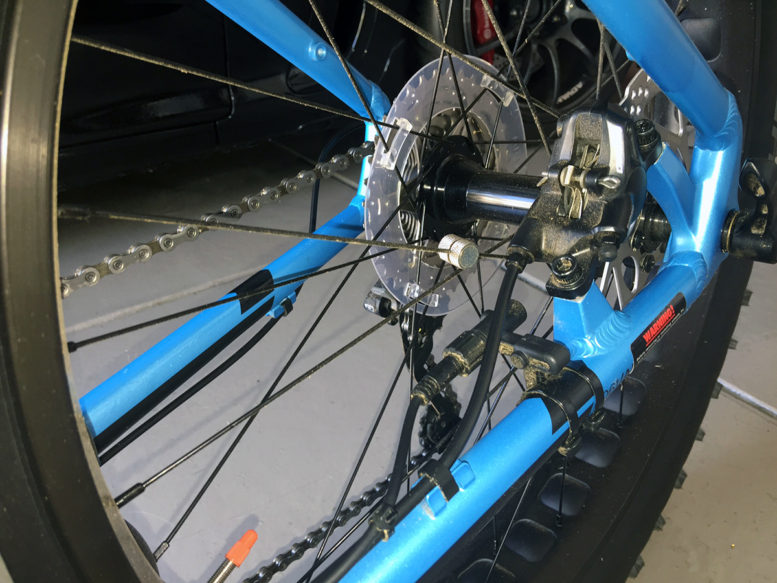 A view of the handlebars with the color display. 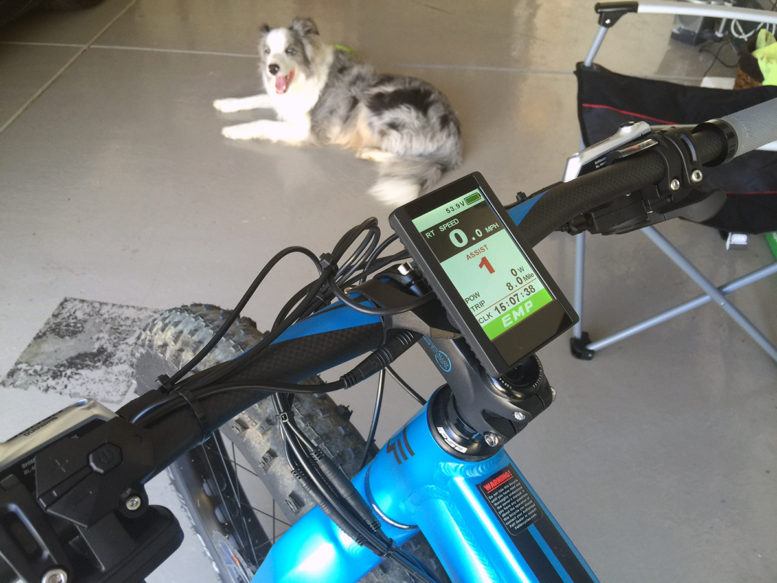 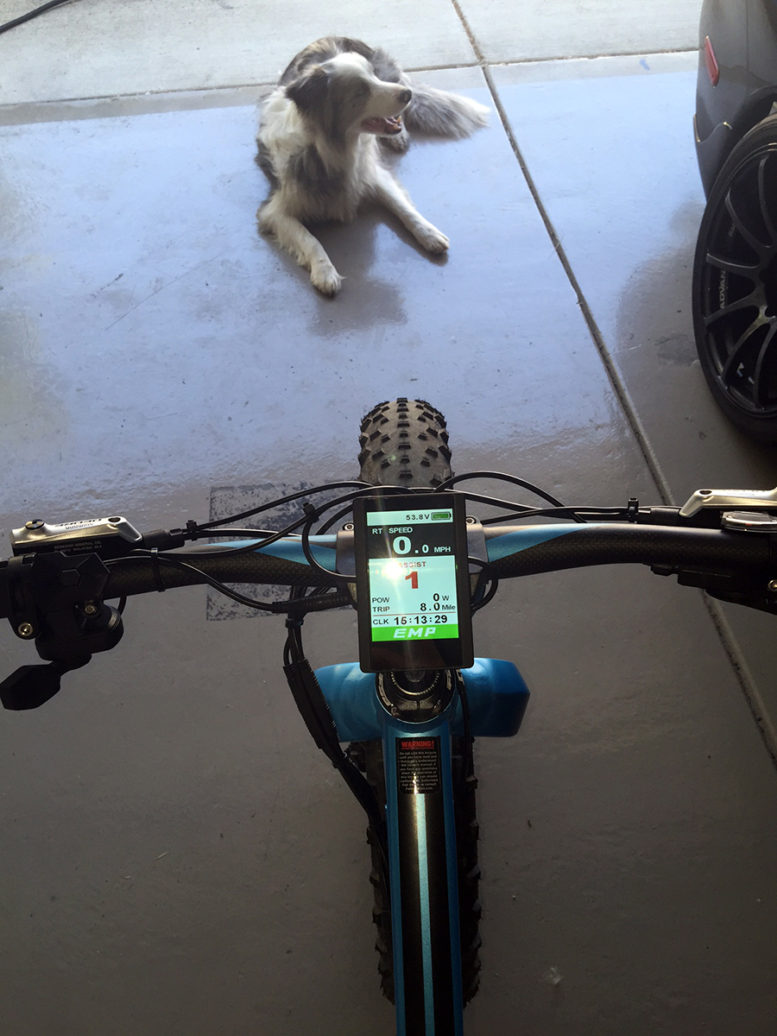 Thumb throttle is on the left side. 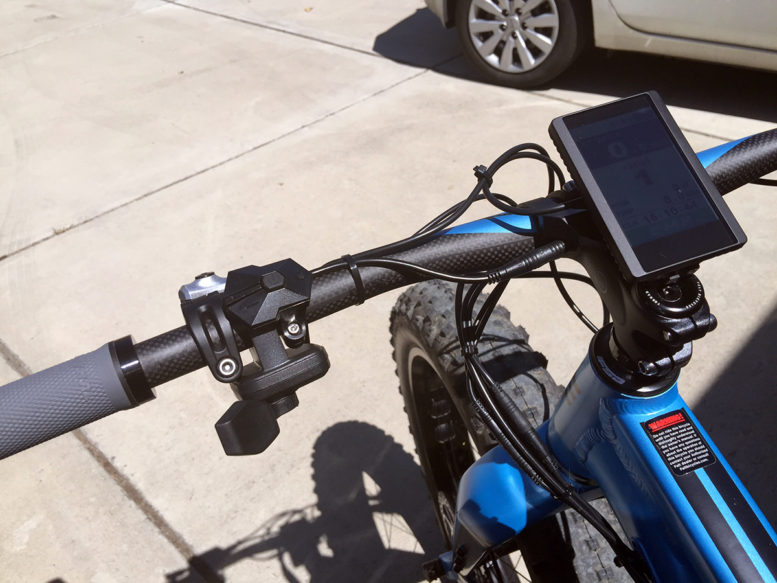 I didn’t get the chance to ride it much yet, but 1000W is a great power level. Anything less is weak. I skipped over those crowdfunded, low-powered junks like Sondor because they just lure you in with Marketing.

It’s quite a feeling being able to climb up a large hill without even breaking a sweat. The plan is to use this bike to run my dog around while I can chill out and enjoy the scenery. Might also break it out for the occasional burrito run down the neighborhood.