I’m starting to get back into the groove of things. It has been a couple months since I last turned a wrench – now the project beckons. There will be much to do. I’m taking it one step at a time and picked the wheel studs to tackle first.

The reason why I’m changing out the front wheel studs is because I foresee the use of small spacers. I won’t be touching the rear wheel studs because they are a pain to replace (entire hub needs to be disassembled) and I will not need spacers in the rear.

First step was to remove the caliper from the hub and take off the rotor. I’m wondering if the front wheel studs can be replaced without touching the rotor. I did it anyway because it was so easy, and allows greater access. 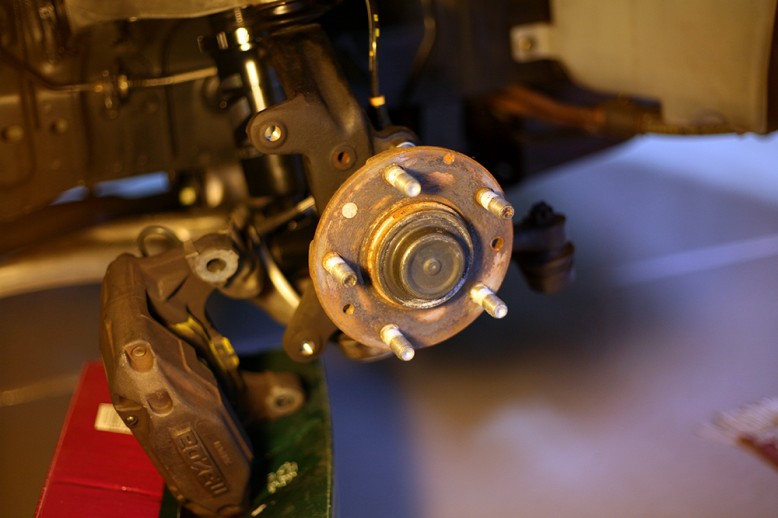 Next I used a 2lbs hammer to bang out the old studs. A few well-placed whacks and they popped right out. Here’s a comparison of one of the OEM studs versus the new ARP’s, which are 1″ longer. Since I don’t plan on using spacers thicker than 5-10mm, I’ll have to run extended/open-ended wheel lug nuts. 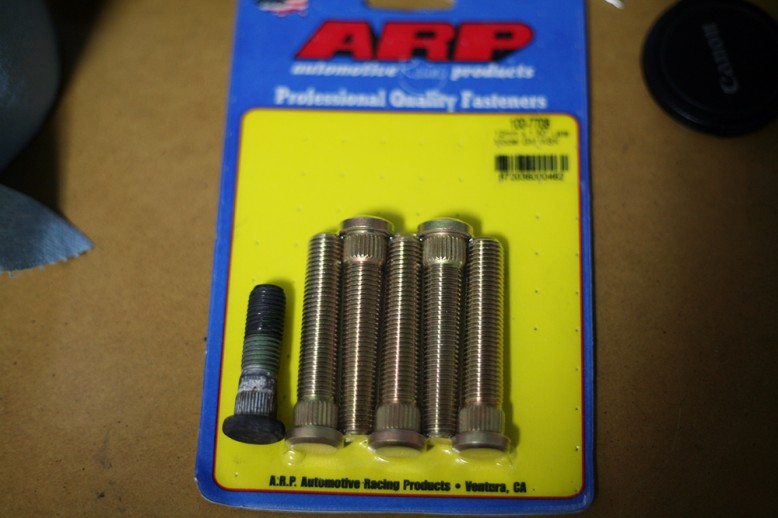 To install the new studs, I greased up the splines and stuck it through the hub. To pull it through, I used a couple washers with a stack of nuts and then tightened down with a lug nut. This procedure was a major impetus to buy the impact wrench. A lot of force was needed to fully seat the stud. If I turned the lug nut by hand, I would have to figure out a way to stop the hub from rotating. The impact wrench made it easy. 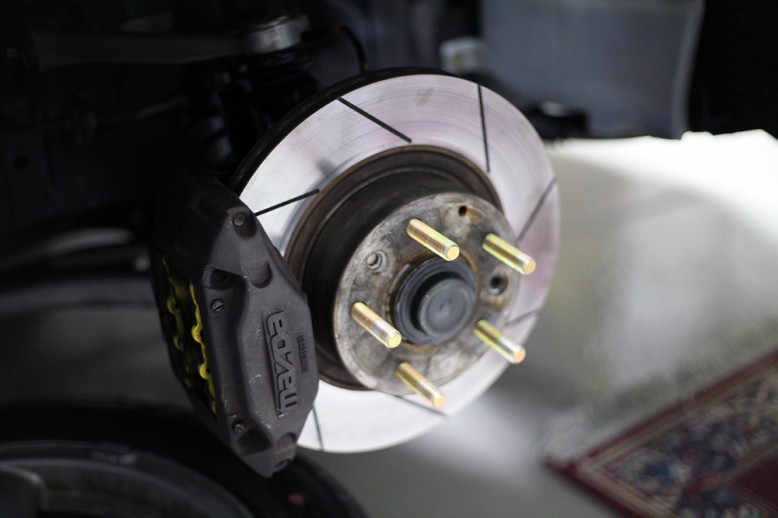