I stopped by the body shop last Friday to check out the car and pick up my freshly painted ’99 spec Front Bumper. The paint work came out to my satisfaction, the quality required no questioning. The mounting brackets were transferred from the old USDM bumper to the new one.

Although I was pleased with the job on the bumper, out of no where I noticed a slight recession near the corner of the passenger headlight opening. I was bummed since one minute the bumper was looking so sharp, and the next minute I discover this annoying fault. You can only see it at an angle because it looks like a small shadow. A minor issue, but it still bugged me greatly. Hopefully this can get worked out or maybe it’ll change when the bumper is actually mounted. 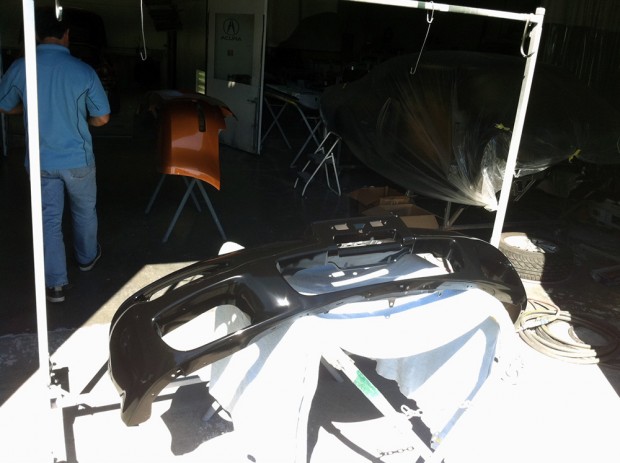 I love the look of the ’99 bumper, especially with the affixed license plate bracket. While many people choose to shave it off, I don’t think it looks right that way. Other cars may be better off without a license plate bracket, but the RX-7 is too round in the front. Shaving it off would just make the front end look like a beluga whale.

Progress was made on the car itself as well. The nasty sideskirts were ripped off to unveil a gratuitous length of dried epoxy… this is the reason why much of the car has to be repainted. 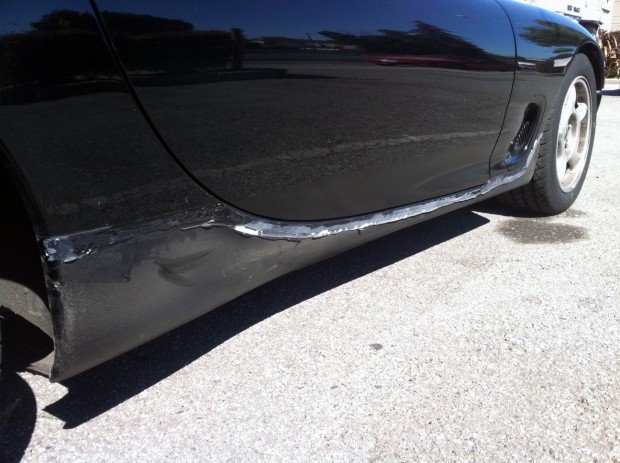 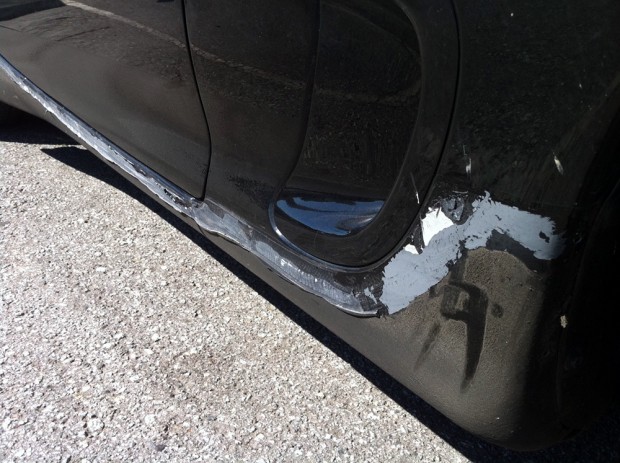 The verdict regarding the Racing Beat wing did not fare much better. It was attached via double-sided tape… but whoever installed it epoxied up the middle-most holes that the OEM R spoiler used for mounting. Epoxy should be wielded in the hands of the deserving, and used under only the most necessary of circumstances. I was hoping the wing could simply be removed and then cleaned up, however, now there is no choice but to repaint the hatch as well. 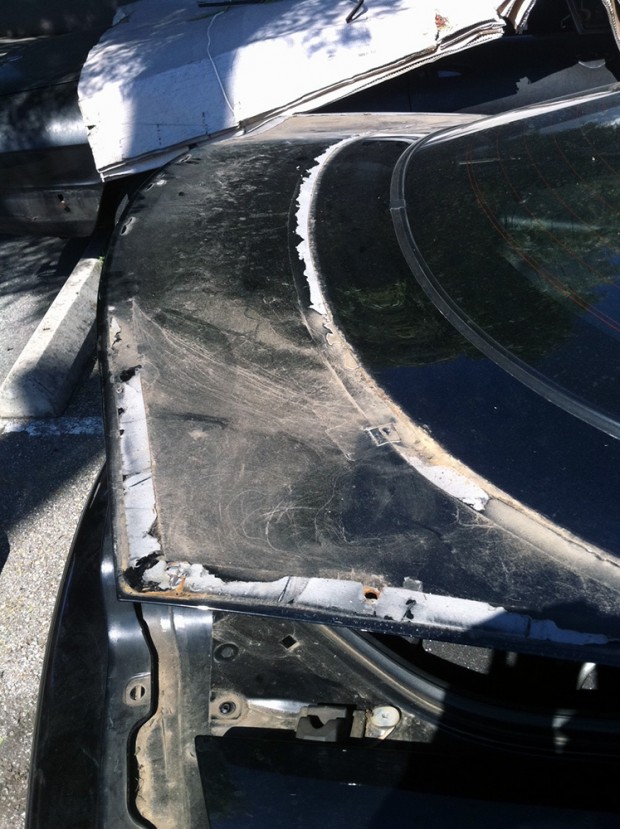 The first owner had the rear bumper’s emblems removed and patched, for oddball showcar reasons. Unfortunately, whoever did the job failed. The emblem holes were patched from the outside, without taking off the bumper. Not a proper job, and as a result, the paint bubbled from where the emblems were. This means the rear bumper will have to be redone, too. 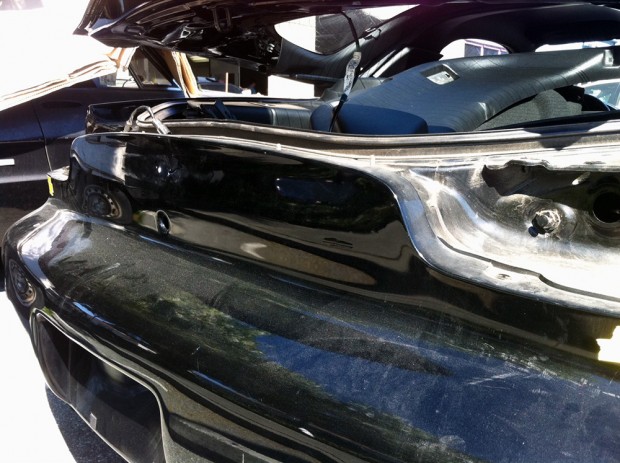 In the end, the only thing that doesn’t need painting is the passenger side door and the hood. The driver side door has a ~4″ scratch on it, so that will be redone. I decided to just go ahead and reclear the passenger side door. The hood is essentially the only innocent bystander left alone, since its in good shape and will just be polished up (and if all goes well, I have plans for it in the future, anyway). 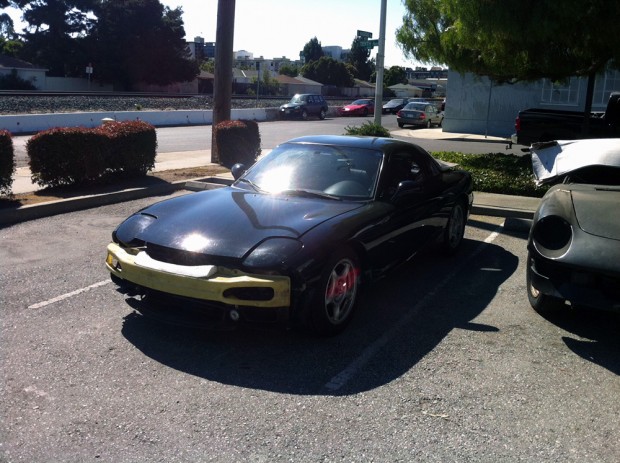 This is a major effort and one that is monumentally expensive. After discovering everything, the cost has overshot my initially forecasted budget quadruply. All this work just to return the car back to it’s original Brilliant Black luster and form… extraordinary endeavors to achieve subtle results is the name of the game.

One thought on “Beauty is Skin Deep”