Time to put a bookend to yet another project, I sold my Miata last week. The reason why I decided to part ways with the car is clear – and not a new one. Like my other cars, I did not make enough use of it. If something does not have immediate purpose or a potential for utilization, I break my attachment with it and move on. This is not to say I didn’t drive the Miata at all, I used it for occasional commuting. The principal motive behind my sale stems from a vast contradiction of a personal philosophy I imposed at the onset of this project. I stated with conviction how owning a fancy, name-brand car was unimportant. While my intentions may have been acceptable, I am now taking an opposite stance on this. 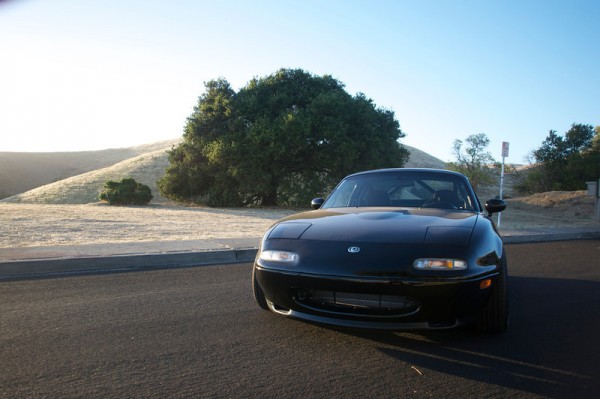 Owning a “normal” car, whether or not if it blends in with the crowd, is what I want. Driving around in the Miata, no matter how done up, was still driving around in a Miata. I thought I wanted a basic and raw car, spartan in every aspect. The Miata was exactly this, it was stiff, simplistic, and loud. Hence why I predominantly opted to drive in the refined and smooth convenience of the Prius. The nature of the Miata and how I built it would have made sense if I tracked the car, but realistically, I was never going to. This put the Miata in the same group as all my previous cars: filled with trinkets and bells & whistles, but served no significant function for me. At least with my bike, I fully plan on using it at the track.

All of this might be the old man in me talking, but I have to face it, it’s time to grow up. Pouring in copious amounts of money and time with my old RX-7 was enough. Doing it all over again with the Miata made it doubly stupid. I had ideas of how I wanted the Miata to be, and my stubborn ways forced me to persevere until my vision was realized. Simply said, modding a car is POINTLESS. I sound like a broken record-player now. I offloaded the Miata at a cheap price and lost a lot of money. This is the price I will have to pay, and is also a final lesson for me.

Up until now, all my cars have been Japanese and from the 90’s. I am breaking out of this horrid tradition and going with something newer and better. This way, I won’t be tempted to change out every single part and component on the vehicle. I really feel like I just came out of rehab and kicked a meth addiction or something. Yes, modding cars is a negative addiction and an expensive one too. I am no longer a child, so the moment beckons to add sophistication and maturation into my life.