The Darkside is Better

Hammered out the remaining tasks today and finally got the bike rolling. After piecing together all the fairings and bodywork, I can really appreciate the amount of detail Honda put into these things. There are so many intricate pieces and snap-on points.

I undertook cutting new holes for the Woodcraft frame sliders in the morning. I dreaded doing this the entire time, hence saving it for the last day… I did the whole laser pointer deal and made a pair of 2″ holes in the lower fairings. Unfortunately, these holes ended up being off. In other words, I basically just ruined perfectly good fairings. The surface wasn’t flat, otherwise it would’ve been easy… instead the holes needed to be cut where the fairings have angles and bends.

To remedy my situation, I went out and bought another full set of Black fairings. Just like that. It only took a couple phone calls and a meetup at a local Walmart, and I got what I needed. I love it when things are easy.

I decided to omit the Woodcraft frame sliders for the time being, until I figure something else out later. I won’t be cutting any more holes, that’s for sure. Alas, a few more hours later, I was done with the bike’s transformation. 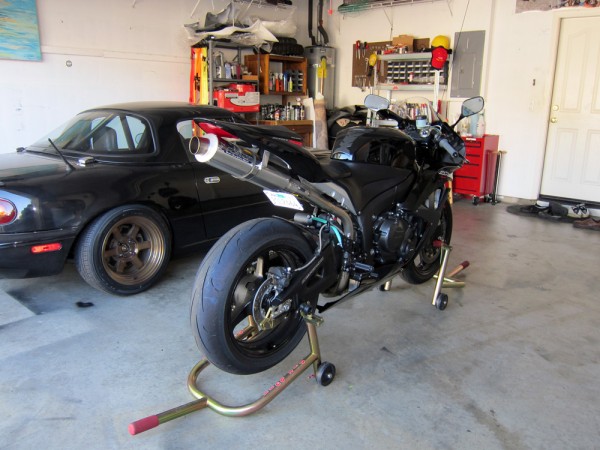 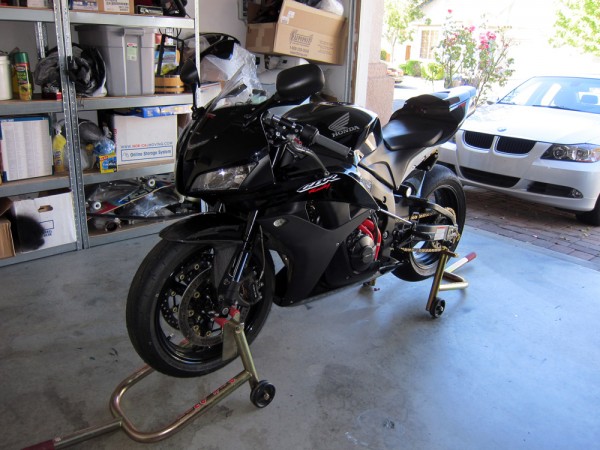 Black is the predominant flavor of the stable. 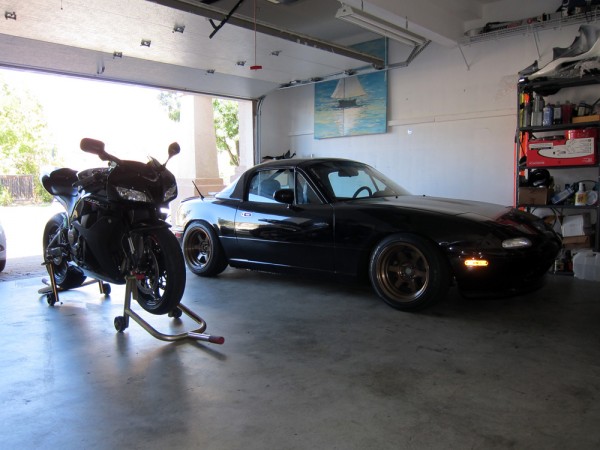 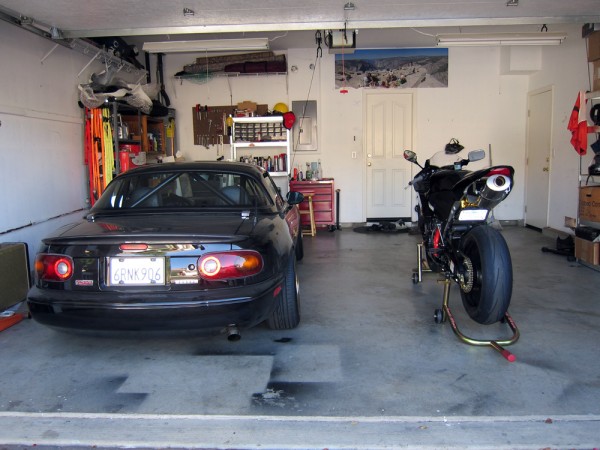 I also picked up the Gilles GP style lifter kit. 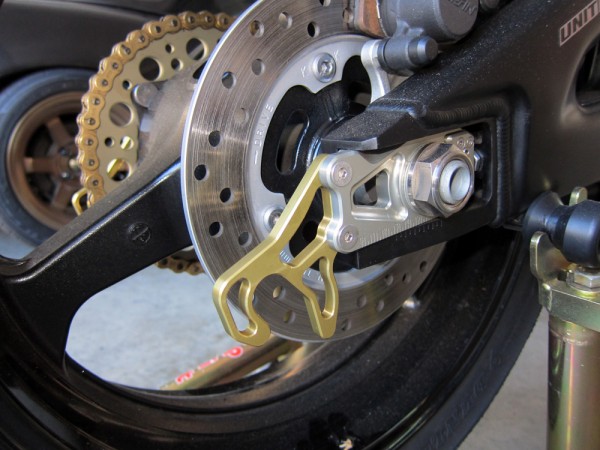 Instead of basking in my glory by staring at the bike, I instead hopped on and went for a ride. Happy to conclude the bike works as it should. It was an interesting experience not only being back on a bike, but back on the roads. I’m definitely one of those cases of a baby that learned how to run before learning how to walk. Time to stockpile earplugs as well, because my helmet is unbearably loud past 30mph. 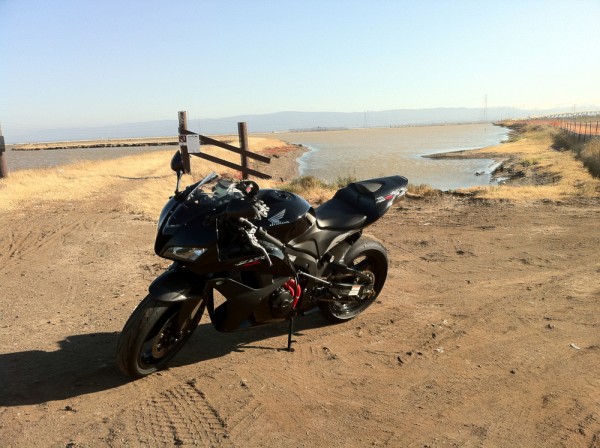 With the bike situated, I have no excuse for not riding anymore.

2 thoughts on “The Darkside is Better”