It seems like it was only yesterday when I picked up the SM610 from San Ramon… and it may as well have been. I undoubtedly have a history (mental illness) of buying, building, and then promptly selling.

Don’t ask what’s wrong with me, because I can’t really say. Notwithstanding, I can give you a reason (excuse) as to exactly why I chose to sell my Husqvarna. My original intent upon purchase of the bike was purely to have a street option available. It made sense having one for the track, and one for around town.

After the 300 or so miles I ended up putting on the bike, 2/3rds of which were ridden in the first week of ownership, I had an epiphany. I realized and agreed with the fact that street riding just isn’t for me. Given how little I actually rode, I found that having to gear up just to ride from stop light to stop light wasn’t worth it. I really think that after going to the track, I got desensitized. One may argue that riding in the twisties will offer more fun and excitement, but even then you can never ride past half your potential (safely, or rather, smartly).

Going about on the streets is mostly point A to point B for me, so I rather just hop into a car.

Granted, deciding to sell the Husqvarna and eventually letting go of it wasn’t easy, because I was particularly pleased with how the bike turned out after all the work. What did make the motivate the sale was having a buyer after only 3 days of posting an ad, and a buyer that didn’t haggle with me and paid the asking price… I couldn’t argue with that. I think I got lucky.

In the end, I’m happy it went to a good owner, someone who has years of experience with motorcycles and has been to the track numerous times. He was also excited about it, and that’s what counts.

Check out the buyer’s tow-rig, a Mazda Miata! The bike is practically the same size as the car… 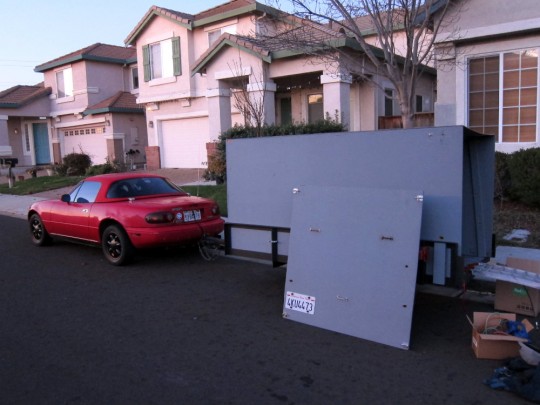 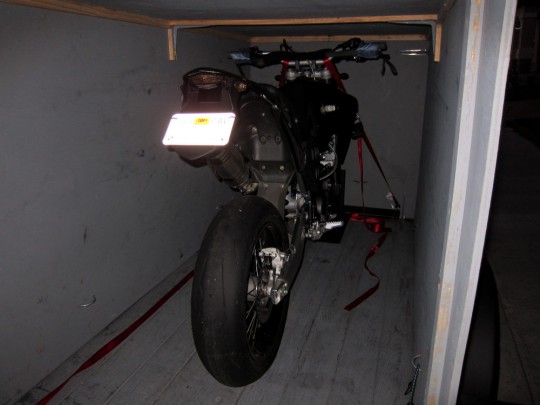 And thus concludes yet another chapter.